In our final episode of the season, President Pumariega from Miami Dade College enlightens us on her experience as the first woman and Latino in more than one career role. We also explore the meaning of “all access education”. You don’t want to miss this one.

Breaking through barriers and making history, Madeline Pumariega is the first female president to lead Miami Dade College (MDC), the institution she attended decades earlier as a student-athlete. Her passion for innovation in higher education was born out of her own experiences, first as student and then as a longtime administrator at MDC.

President Pumariega prioritizes working with business partners to identify the skills needed in key industries and tailoring higher education programs to match those needs. Her transformative approach accelerates the ability of graduates to enter the workforce immediately upon the completion of their coursework.

Prior to becoming MDC’s President, Pumariega was appointed the first female and Hispanic chancellor of the Florida College System (FCS). In that role, she designed and implemented strategies to keep college accessible and affordable for Floridians especially in high-demand job fields. During President Pumariega’s tenure, several of the FCS’s 28 colleges––which serve 800,000 students––rose in the rankings of US News & World Report as well as other national measures. Florida was also named number one in higher education by US News Report.

In 2019, she became the executive vice president and provost of Tallahassee Community College, where her innovative approaches advanced the College’s three core divisions: academic affairs, student affairs and workforce development. President Pumariega helped lead the school during the unprecedented response to the COVID-19 pandemic and pivoted the college’s infrastructure to support virtual classroom instruction and student-teacher interaction. She also serves as Affiliate Professor of Leadership at the NYU Steinhardt School of Culture, Education, and Human Development.

She also previously served as president of Take Stock in Children, a statewide non-profit focused on breaking the cycle of poverty by helping students complete their high school education and advance into post-secondary education and careers. President Pumariega has a passion for ensuring that students have a path toward upward economic mobility through educational opportunities.

President Pumariega’s love for academics and service excellence began as a student at Miami Dade College. This led into her 20 years of service at the College in positions of ascending responsibility, culminating in her role as Wolfson Campus President. She views her new role as MDC’s president as the opportunity of a lifetime, because it presents her with the greatest ability to serve students who were just like her –– looking for a chance to realize their dreams and succeed in the community they love and call home, Miami.

This episode is sponsored by
· Anchor: The easiest way to make a podcast. https://anchor.fm/app 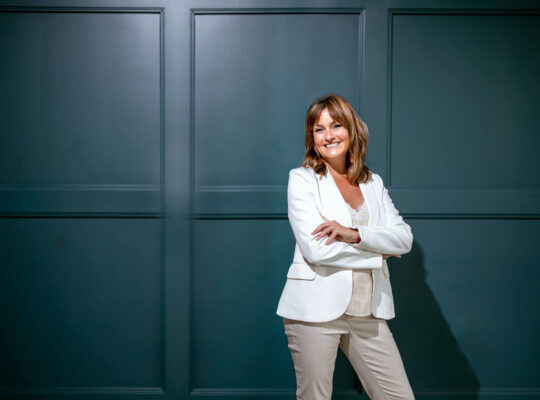 At InPursuit, we are in the business of helping you amplify your impact on others through strategy, leadership and operational excellence.
What are you InPursuit of?